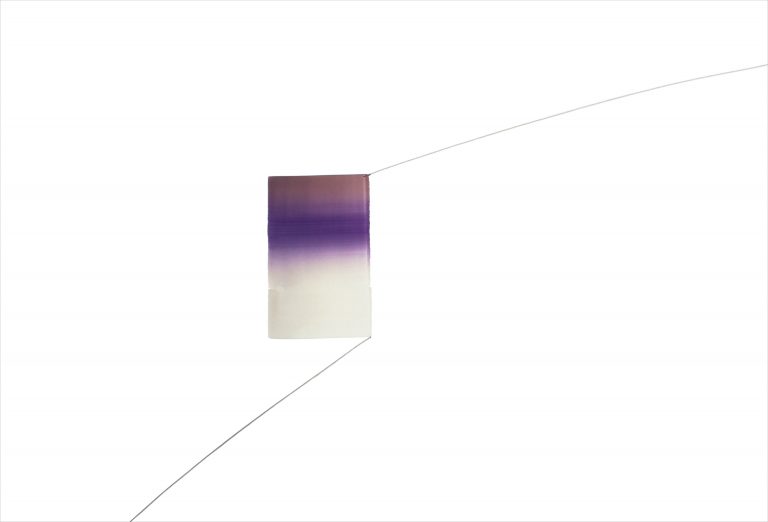 The house and studio are built directly on the rock, a terrestrial and energetic place. A whitewashed room and a sheet of white Arches paper serve to construct in an instant what has never been mentally conceived for a fraction of a second beforehand.

Initiated by Ung-No Lee, one of the greatest masters of calligraphy and Korean painting, for many years Jean-Christophe De Clercq has been practicing a pure gestural art of which perhaps he has not been the author but merely the vector. His self-effacement facilitates the expression of the mediums and the tools which germinate and predetermine the morphology to come. We deduce the figure from the interaction between the medium, the graphite pencil, the perfectly cleaned brush and the way that the brush becomes exhausted and recharges itself on the paper.

Unique and precise gestures as well as reflections on the monastic and spiritual rule in his art give birth to autonomous figures, neither figurative nor narrative but which we clearly perceive as not being entirely foreign to us, without however being anchored in reality. We are surprised to see how much the mastery of his art allows him so many openings whilst everything is so limited to him. Practice is the sign of his own presence and becomes a work. It draws its source from the necessity of the means being implemented and from the artist’s decisive inner posture. The mind’s vacuity is the condition for the existence of the figure reaching towards plenitude. The individual only exists so that a pictorial object, whose intensity is imposed on the viewer, emerges during a transitional phase on the paper. What interests us is what results from the practice being incessantly repeated, from a production that is always unique, frozen in time and space. The gesture does not repeat itself, it forbids itself to do so, but it is always more and more accurate.  Consequently, the forms are never reproduced because as he says “I am not expressing anything”.  The figures are linked to a posture but do not mean anything. There lies the difficulty. Those figures that can provoke a sign which must free itself from the referent have no representational value. They are not forms but fluxes, energies staged by an atypical artist and an ascetic practice in a world of sound.

Moreover, the ambience in the studio is bathed in another energetic and contemplative flux.  Recorded sounds resonate and seem to come from the surface of the paper and are spread around the room. Like the flux, this atonal music does not allow for the construction of a mental image but is another expression of the living being setting itself free. 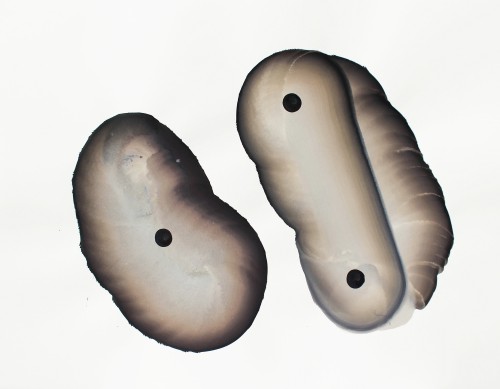 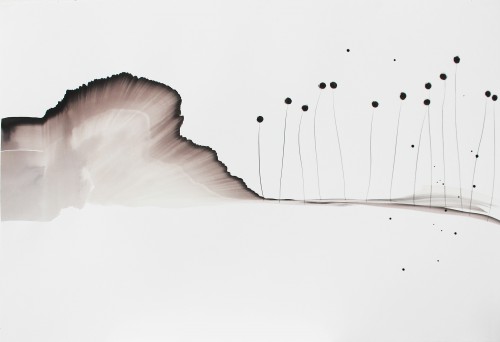 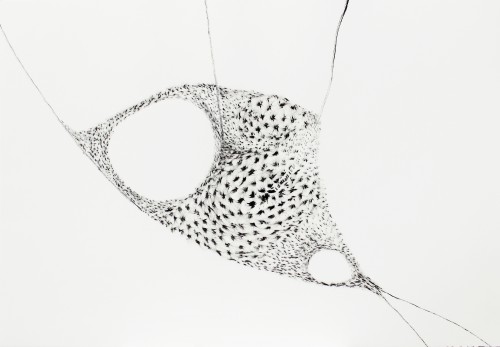 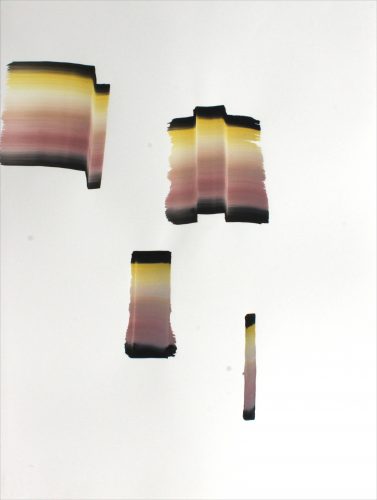 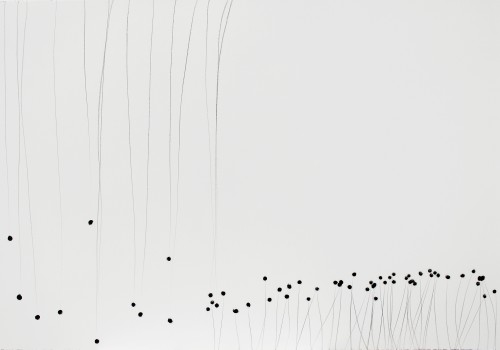 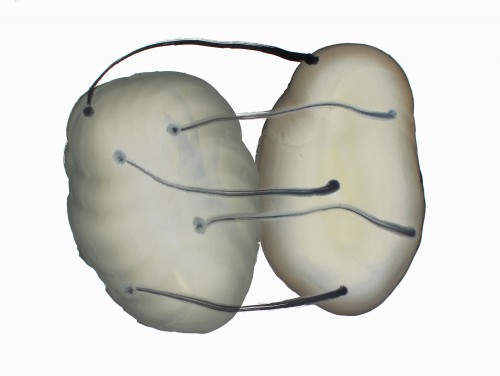 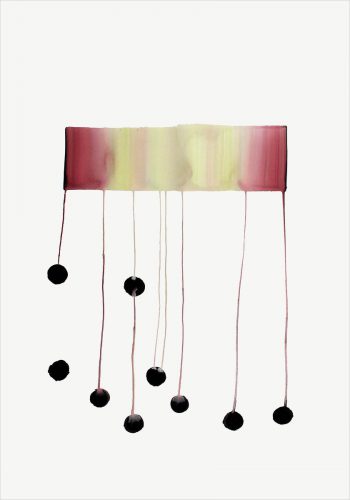 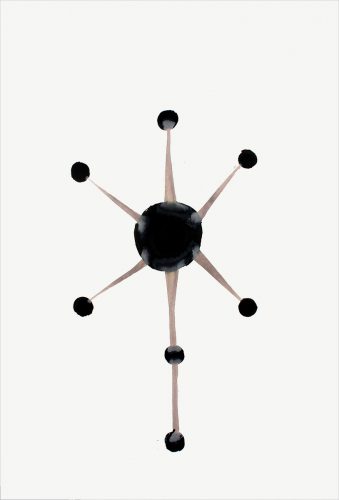 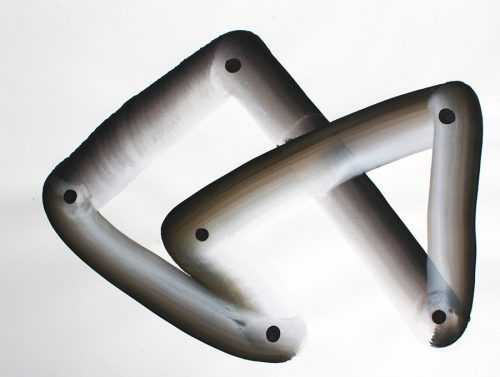 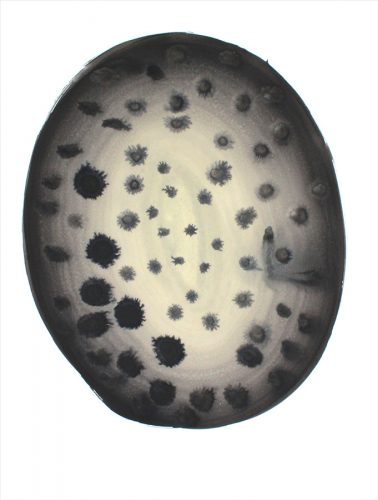 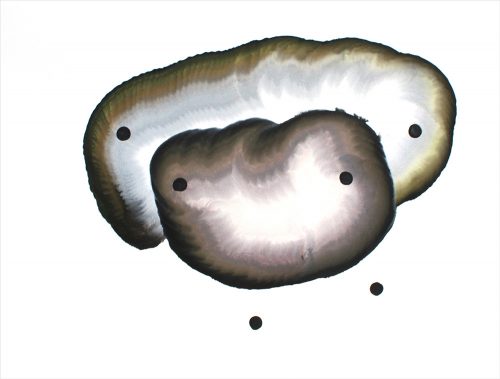 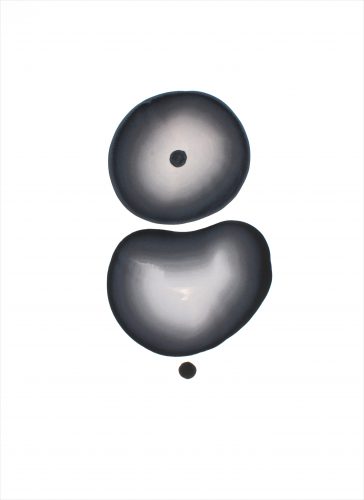 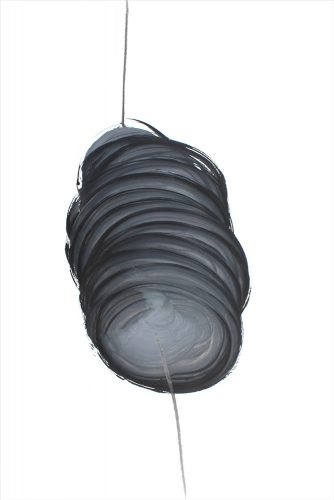